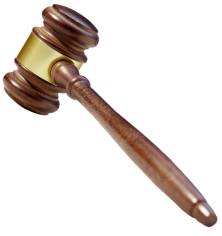 In the Eleventh Circuit case (Walthour v. Chipio Windshield Repair), employees brought a class action alleging their employer violated the Fair Labor Standards Act by not paying them required minimum and overtime wages. The defendants moved to compel arbitration, citing agreements the plaintiffs had signed which stipulated that all employment disputes were to be resolved through individual arbitration. In the end, the court sided with the employer and the lower court, ruling that the arbitration agreements were enforceable and that the class action could not move forward.

As discussed in our earlier post Tide Continues in Favor of Class Action Waivers in Arbitration Agreements, more employers are using these types of agreements to reduce the risk of class claims. The Walthour decision continues a trend of court cases in favor of the agreements.

There are advantages and disadvantages to arbitrating disputes with employees, but for employers that fear class claims, either because of the nature of their workforce or their industry, arbitration agreements can make a great deal of sense.