In its decision regarding unilateral changes, the Board restored old precedent that permits employers to unilaterally change policies without the union’s permission – and without first bargaining with the union – if they have taken similar actions in the past.

In its decision regarding micro-units, the Board overturned its 2011 decision that made it easier for unions to organize very small groups of employees (which, in turn, made it easier for unions to get a foothold in an otherwise non-union company).  Instead, under the Board’s decision Friday, the old standard – where employers could establish that all employees sharing a community of interest should be included in the same unit – once again stands, and the playing field between unions and employers has become a bit more level.

These rulings aren’t surprising. As we wrote last week, we expect that the trend of employer-friendly decisions will continue, so stay tuned. 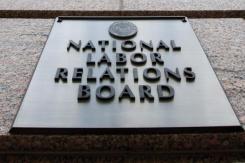 First, the Board overturned its decision in Browning-Ferris, which said that “indirect control” or the ability to exert such control over another company’s workers is sufficient to make a you a joint employer. With this ruling, the Board returned to its more employer-friendly joint employer standard, which looks to “direct and immediate” control.

Second, the Board reversed its aggressive position on employee handbook policies and provisions. Previously, the Board had held that a policy is illegal if employees could “reasonably construe” it to prohibit them from exercising their rights to come together (or collectively bargain) under the National Labor Relations Act (NLRA). This standard had been used by the board to find many employer policies (such as social media and confidentiality policies) illegal. However, per yesterday’s decision, the Board will instead be focusing on the “nature and extent” of a challenged policy’s “potential impact on NLRA rights” and the “legitimate justifications associated with the rule” — which together make for a far more pro-employer approach.

Employers now find themselves in a far better position when it comes to joint employer claims and handbook policy challenges. We expect to see additional employer-friendly decisions soon, so stay tuned.

The National Labor Relations Board just made it much easier for unions to organize employees of staffing firms – sometimes called temp agencies.

It used to be that both the staffing firm and the client had to consent before a union could represent a group of employees that included both staffing firm employees and your regular employees.

However, under the NLRB’s new standard, consent isn’t required.  This means that a union can lump together staffing firm employees and regular employees, even though they are employed by different companies and viewed and treated as separate groups.

Under the NLRB’s decision, unions will also have an easier time organizing all of a staffing firm’s employees, regardless of where they work or are assigned.

As a result of the NLRB’s decision, unions will have a far easier time organizing.

So what can you do? Here are 3 steps all Companies that work with staffing firms should take in response to the NLRB’s new standard:

In avoiding unions, the best defense is a good offense.  Take steps now to ensure that you – and your staffing firms – are in the best position possible to avoid union organizing efforts.

In a decision last year, the Board ruled that a sports bar had unlawfully terminated two employees for their activity on Facebook.  The first employee had commented on a status update of a co-worker stating that the bar’s owners “couldn’t even do the tax paperwork correctly” and that someone should do the owners “a favor” and purchase the business from them.  The employee’s comment stated that she “owed too,” and referred to one of the owners as an “asshole.”  The second employee “liked” the first employee’s status update.  The Board held that both employees’ had engaged in protected, concerted activity under the Act, and that the bar had violated the Act when it terminated their employment.

Last month, the Second Circuit (Connecticut, New York, and Vermont) affirmed the Board’s decision.  The court held that the employees’ actions amounted to a group of employees discussing labor issues and were protected by the Act.  The bar argued that the Facebook comment and “like” were meant to defame the bar – with the use of profanity – and thus brought it outside the protections of the Act.  However, the court reasoned that the Facebook activity at issue was different from obscenities voiced by employees in earshot of customers in a crowded shop (even though customers could view the comments on Facebook).  The court also noted that the bar’s internet and blogging policy could be read as prohibiting employees from protected activity under the Act.

The take-away here?  It’s a good time for employers to review their social media policies.  As we have warned in the past, these policies as written and as enforced must not “chill” employees from engaging in protected, concerted activity.  There is often a fine-line between lawfully prohibiting certain types of activities on the internet and unlawfully interfering with employees’ protected activity.  It’s a good idea to check with counsel on how to best craft the wording of these policies to protect the employer’s interests while not interfering with employees’ rights.

Late last week the NLRB issued its long awaited decision in Browning-Ferris Industries – drastically expanding who may be considered a “joint employer” under the National Labor Relations Act (NLRA).

In Browning-Ferris, the company (“BFI”) had contracted with a labor services company – Leadpoint – to provide workers for BFI’s recycling plant.  The Leadpoint employees were hired and supervised by Leadpoint supervisors.  Their schedules were set by Leadpoint schedulers.  Any discipline was determined by Leadpoint managers.  However, under its contract with Leadpoint, BFI set requirements for candidates and retained the right to refuse or discontinue use of any employee.  Also, because of how the facility worked, BFI set the hours for the various shifts (though Leadpoint determined which workers would work each shift).

The Teamsters decided to organize the Leadpoint workers at the BFI facility.  However, instead of filing their petition for representation solely with regard to Leadpoint, the Teamsters filed their petition also naming BFI as the employees’ employer, on the theory that Leadpoint and BFI were joint employers and, as a result, that BFI could be required to negotiate the union.

The Board agreed with the Teamsters, holding that BFI was a “joint employer” of the Leadpoint employees.  As a result, the union was permitted to move forward with its petition.

In its decision, the NLRB rejected the prior test for joint employment – which required that an entity not only possess the authority to control employees’ terms and conditions of employment but also exercise that authority in a meaningful manner – and set a new rule:  that indirect or reserved authority, even if not exercised, can be sufficient to establish a joint employment relationship.

This ruling is particularly important for companies that work with subcontractors or staffing firms, or are themselves contractors or staffing firms.  Contracts governing staffing and subcontractor relationships regularly include provisions setting minimum standards for the individuals performing the services, the right to refuse workers or discontinue their use, and other requirements relating to the individuals who are performing the services.  There are strong business reasons to include these provisions, but, in light of the Board’s ruling in Browning-Ferris, companies need to be aware that the provisions which keep control over these aspects of the relationship also open the possibility that the company receiving the services will be deemed a joint employer under the NLRA.  Companies entering into these relationships should carefully weigh the benefits of control against the risk of being deemed to be a joint employer and reflect their desired balance in their contract, practice and procedures.

As fall approaches and students head back to school, The Employment Lawyers are taking a look back and a look ahead at issues in labor and employment law. Join us for an informational webinar to review developments over the past year and discuss tips to keep your workplace practices current in the coming year.

CLE Credit Available | This program has been submitted to the HR Certification Institute for review.

The NLRB’s “ambush election rules” – which became effective this Spring – continue to be challenged by business trade groups. See previous blog posts. These groups, however, have yet to persuade a court that the rules violate any laws.  What that means is that employers should take precautionary steps to prepare for a union organization effort, rather than waiting for a petition to be filed. If you wait for that petition, you won’t have much time at all (as little as 10-21 days) to effectively communicate with your employees .

What can be done now?

The future of the NLRB’s new election rules is unknown. But as of right now, they stand, and employers need to be prepared.

You may want to include a review of your employee handbook in your “spring cleaning” this year.

Employee handbooks and work policies have been at the forefront of the National Labor Relations Board’s mind recently. The Board has held that a work rule may violate Section 8(a)(1) of the National Labor Relations Act if the rule has a “chilling effect” on employees’ Section 7 activity – whether it be union activity or simply discussing the terms and conditions of employment with one another. According to the Board, a work rule not only violates the Act if it explicitly restricts this protected activity, but also if it: (1) can be reasonably construed by its language to prohibit protected activity; (2) was promulgated in response to union or other protected activity; or (3) was actually applied to restrict the exercise of the protected rights.

Earlier this spring, the Board’s General Counsel issued a detailed report providing examples of unlawful policies as well as their lawful counterparts. The report discusses:

The full text of the report can be found at: http://www.nlrb.gov/reports-guidance/general-counsel-memos.

In light of this report, we recommend that you carefully review all of your policies, with particular emphasis on the ones listed above.