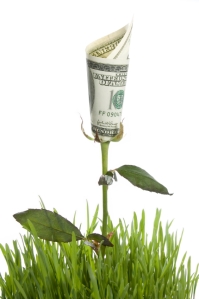 Illinois might be headed toward two minimum wages—one for the City of Chicago and another for the rest of the state. Today, the Chicago City Council unanimously voted to increase Chicago’s minimum wage from $8.25 to $13.00 an hour by 2019. The Council’s vote was over the objection of both local businesses on the one hand, and labor advocates and political opponents on the other, who said the increase was not high or fast enough.

The move is not unique. Seattle made headlines in June when it voted to raise its minimum wage to $15.00 an hour, the highest in the country, in what seems to be turning into a national trend toward significant minimum wage hikes at the local level.

In Springfield, business interests are pressing state lawmakers to prevent Chicago from having a higher minimum wage than the rest of the state. At the same time, supporters of a plan to increase the statewide minimum wage to $10.00 an hour pushed for more votes in the Illinois House during their final 2014 session.

It remains to be seen if there are enough votes in Springfield, either to limit Chicago’s minimum wage increase, or to push for a similar statewide increase. In the meantime, employers in Illinois with employees in Chicago and in other parts of the state will need to adjust to the different wage levels.